Just as trick-or-treaters crave sweets, iOS users crave Candy Crush Saga. When Apple released its list of the most downloaded apps on Monday, Dec. 16, that free-to-play game, developed by King, was crowned the most downloaded free app of the year on both iPhones and iPads.

For those willing to pay for their apps, games still reigned supreme. Seven of the top 10 paid apps for both the iPhone and iPad were games. Even with its $6. 99 price tag, Minecraft, developed by Mojang, took the top spot as the most downloaded paid app of 2013.

Candy Crush Saga: Why Millions Can't Stop Matching Candy on Their Phones
Several familiar faces pop up on Apple's list. Facebook and YouTube are still big hits on both the iPhone and iPad. Social media services, such as Vine and Snapchat, show up on iPhone's top 10. Traditional media fared better on the iPad, with Netflix and iBooks appearing on the iPad's top 10 list.

Even though Twitter had an eventful year, including its IPO announcement, iOS users didn't see it quite the same way. The social network doesn't appear in any of Apple's top 10 lists. 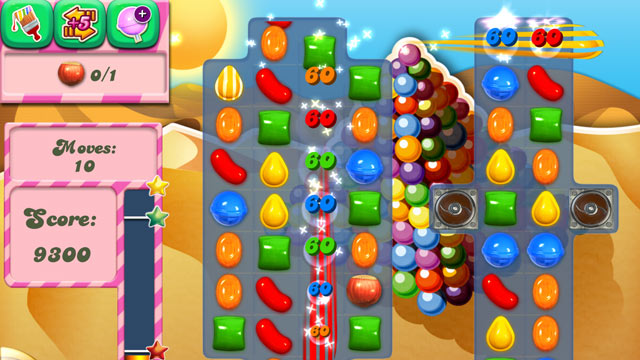 10. The Weather Channel for iPad